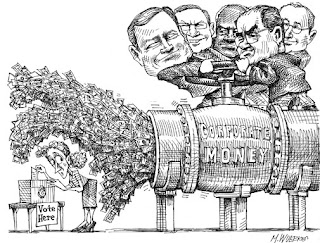 Ever since Governor Scott Walker decided to take collective bargaining off the table in Wisconsin, there has been much talk about Unions funding elections. This is a true fact, private and public unions do in fact contribute to the Democratic Party. However, there has been little talk of who funds the Republican Party or the Tea Party. Much research has been done to give the actual facts.

The November 2010 election is what this is focused on. Just one election, this factual data will show that the Unions do partly fund the Democrats, also will show that the Corporations fund the Republicans and Tea Party. There has been things said to the extent of your tax money and union dues have been spend on the Democratic party. Remember what this is about, Government and who is the more dirty is not the question here. The majority of the United States Government is crooked, but the Republican Tea Party brings this to a whole new level. If tax payers fund the Democrats, lets be clear to say that tax payers are also funding the Republicans by way of the Corporations that own the United States currently.

Research has shown that Blue Cross/Blue Shield is a major contributor to the Republican Party. They have funded the majority of Senators listed, although not all in the top five. It makes one wonder why an insurance company would invest in politics. Obama Care or the Patient Protection Affordable Health Care Act, seems to be the main reason. It makes more sense why the Te Party is fighting this so much. There have been numerous lies put out about the health care plan. In all actuality it is a good thing for the country. That will be discussed at a later date, for now this is all about election funding. Koch Industries is also one that funded most of these Republican Senators. There is a video campaign ad above from a Senator with one of the highest funds that were available to them. 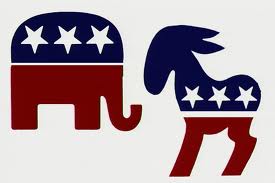 Unfortunately, there were no campaign adds for Richard Blumenthal on youtube, only his opponent, she tried very hard.
After doing the research a few questions arose. For example with the Democrats ActBlue, what exactly is ActBlue?
ActBlue is a democratic fundraiser, anyone is able to donate to this. It is not funded by the Unions, it is just a place to donate to the Democratic elections.

Everyone has heard of Koch Industries, but exactly what do they do, besides funding all the Republican Candidates?
This is right off the website, their mission statement, if that is what you want to call it is pretty long. Link at the bottom of the page. “We have long been committed to creating real, sustainable value for all of society. For decades, Koch companies and Koch foundations have supported education and social progress. These philanthropic efforts include support for educational institutions, foundations and programs that study and promote market-based solutions to societal challenges; protect, conserve and enhance natural resources; improve quality of life; and support human services and at-risk youth. “ 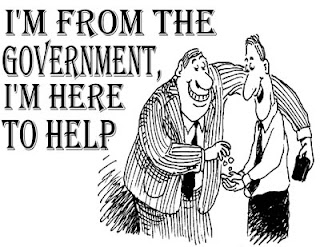 Quite a lot of money went into these individual Senators, this list is only the new candidates for the 2010 election. Millions are spent on elections every term. The smear campaigns this money was spent on is appalling, there are less voters when these smear campaigns come out. People figure that both parties are not good, or they are unable to make up their minds. Good old fashioned debating would make more sense. This way there would be no need for millions toward campaigns. Most Americans would rather hear what the candidate is planning on doing, instead of hearing why their opponent is a terrible person. The Supreme Court has ruled in favor of unlimited spending toward a campaign. It was said that it would be against the first amendment to limit election funds. No one will argue that free speech is a powerful and great thing US citizens have. However, there are problems with it as well, using free speech and attaching it to money for a campaign seems Unconstitutional. If you feel the same way and think it is unconstitutional there is a link on the right side of this page, a petition to ban corporate spending on campaigns as well as cap the amount to be spent on a campaign. 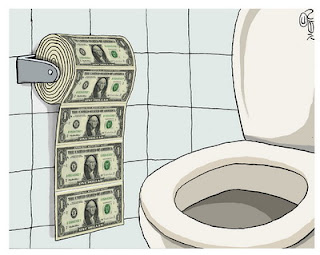 10 thoughts on “The Tea Party Elections”