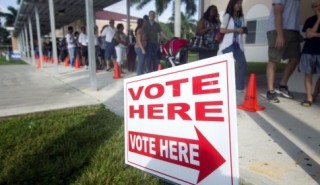 For years, it has been a simple procedure to register to vote. I have been a registered voter since I was 18 years old. I’m pretty old so about half of my life we will say. In mid-July I moved from a rural area in Illinois to the city of Chicago. About a month after I went on the Chicago Board of Election website and printed out a change of address form and mailed it in. I am a busy person with three active children so it slipped my mind to check on it. When a member of my household received their voters registration card, I decided to look into it. When I looked myself up I was still voting in my old district this is a bad thing, yes the Presidential election it may not matter, but it will matter when it comes to where I live and the things that go on in my neighborhood. Frankly when I did vote in the small town you were lucky to find a democratic candidate on the ballot at all.  I called the board of election to find out what was going on, a woman let me know that I was able to go to my local park district and vote.

Three days ago that is exactly what I did, I waited in a long line to get to the front, a lady even had me fill out my signature card saying what I was giving her was fine. When I get to the counter the ill-tempered woman tells me she does not know what the hell is going on and sends me to a supervisor who makes a phone call and proceeds tells me to go to the downtown location to vote. I’m a woman so I’m pretty pissed off at this point. Seriously, I live here see look at the mail look at my ID. NO! HAHA you can’t vote here go downtown! This is a hassle, but in my opinion worth it, I cannot complain if I do not vote and I sure do love to complain. 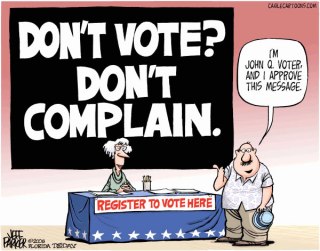 About three days later I was dropped off at the elevated train, went to Washington/Wells stop walked about a quarter mile to the Chicago Board of Election on the 6th floor. I waited in a pretty long line, I would say at least 50 ahead of me and I was there fairly early in the morning. Some lady took my information and sent me to a separate line. I waited in that line around ten minutes or so and was finally able to vote I voted for Obama/Biden of course. There were many other things on the ballot that I felt strongly about as well. City workers pensions, they would like to lower them and it would affect family so that I voted against.  I found something on the ballot I had no idea was on there as well and I was intensely excited about, regarding federally regulating spending on elections. It would bring back the Citizens United Supreme Court ruling which was atrocious! Putting a cap on election spending would turn our country toward a better place to be. That should be everyone’s goal to get back on top in every aspect of your life including your country. So voting was finished I took the train back home and all was well.

In other news, I had a political costume for Halloween that I wanted to share. Her name is Mrs. Sarah Palin and she was shot by my buddy Dick Cheney…who is backing President Obama, spooky…..